5 Actresses Who Have Been Victims Of Casting Couch 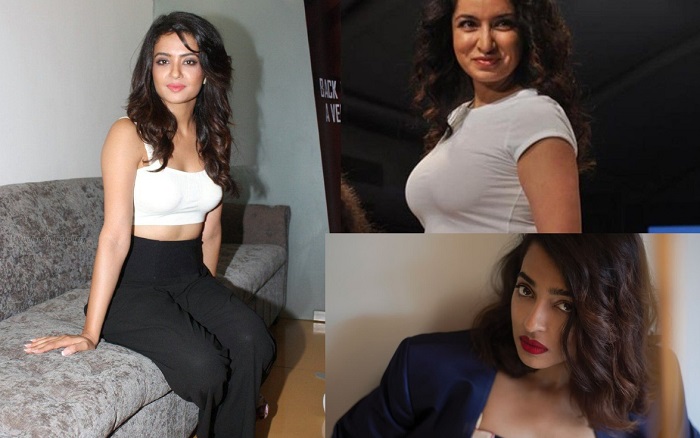 Many actresses in Bollywood have gained a special status today, but often they have also endured a casting couch in their careers. You might call this the film industry’s disgusting reality. Many Bollywood actresses switched to the film industry, dreaming of being a heroine, but they had to face the casting couch. Many actors have openly discussed the casting couch event and expressed their experiences as well. Here we’re telling you about the likes of Bollywood stars who have been victims of couch casting.

In Bollywood, Radhika Apte is not an obscure identity. She even made her unique name in the South Indian film industry. She has also worked in Tamil, Bengali, Telugu, and Malayalam movies besides Hindi movies. Radhika was featured in Akshay Kumar’s famous film Padman in 2018. Radhika Apte has admitted that she has suffered from a casting couch in the South Indian film industry. She offered a Bollywood film by an actor, but she asked to compromise on it.

Surveen Chawla is a stunning actress. Since acting in many TV shows, she worked in the film industry. In the South Indian film industry, she too had to go through a casting couch, but she said she declined to compromise. Surveen also acknowledged, however, that she had never faced such issues in Bollywood.

Bollywood actress Kalki Koechlin, who is also the ex-wife of film director Anurag Kashyap, has openly admitted that she had to face casting couch throughout her career. Kalki said people thought that if I were not from India, they would easily manipulate me by taking advantage of me, but she never compromised, according to Kalki. She made a place for herself with her talent in the industry.

Tisca Chopra, who is now a well-known actress, has already appeared in a variety of popular shows and web series. In Taare Zameen Par, she played Ishaan’s mother. She also publicly acknowledged that she was facing a casting couch early in her career to acting in a film.

Bollywood actress Elli Avram confirmed that at the beginning of her career, two directors sent her a signal to sleep with them. She had to face body shaming, according to Avram. She was said to be very young and she couldn’t be an actor.

How is Hema Malini’s Relationship with step-son Sunny Deol, BJP MP Himself Revealed the Secret

Get Free Subscription of Netflix and Amazon Prime Video with Jio, Vi, and Airtel Postpaid Plans