Whatsapp Focusses On Security For All Users An Additional Verification 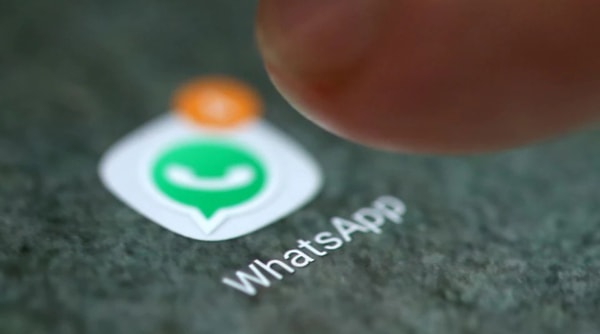 Social networking platform Whatsapp is reportedly working on a new feature to add security before you can log into Whatsapp.

This will be included in a future update of beta for Android and iOS.

WABetaInfo has stated that this feature is currently being developed and is not yet ready to be released to the public.

Any successful attempt to log into the user’s WhatsApp account from another device will require an additional verification code to authenticate when the feature is released to beta testers.

According to the article, the corporation is now working on this feature to protect Whatsapp users who may inadvertently divulge their 6-digit code.

There has also been news that WhatsApp is currently working on the ability to edit text messages for WhatsApp beta testers in a future release.

For a future version of the app, the Meta-owned platform is working on allowing users to edit their text messages, but this feature is still in development and not ready to be distributed to beta testers.

Recently, WhatsApp announced that it is going to add emoji reactions to its chat app, a feature which will give users the ability to express their feelings toward a message without sending an individual emoji as a message. The announcement was not just about reactions.

Many other long awaited features were confirmed by Whatsapp. The company informed people about communities feature as well as several other new features such as Admin delete access which will allow a group admin to remove any group member’s messages, this is to stop problematic messages from being shared in groups, bigger file sharing, and up to 32 participants on a single audio call. Meta spokesperson Joshua Breckman stated that reactions will be available on all chats when they launch, which is going to be “soon.”

There also have been reports that WhatsApp users will soon be able to hide the “last seen” status from specific contacts.

“Last seen” tells one when a user last checked their app. The new feature means that specified contacts will not be able to see when the user was last seen since this status will be hidden.

Currently, users have the option between not showing anyone their status or only to numbers in their phone book.

All Govt Schools Will Be Converted Into Co-Ed In This State: But Why?