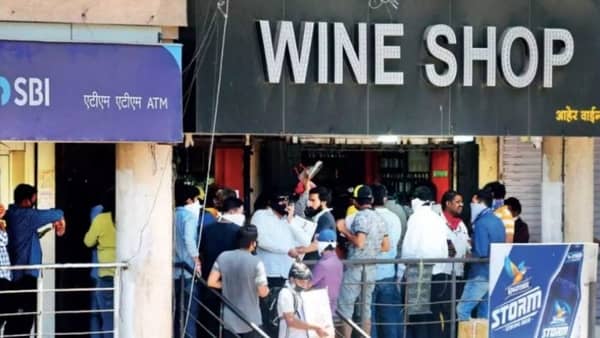 he Punjab government has allowed sale of unlimited quota of beer and Indian made foreign liquor (IMFL) and made it cheaper by 30% to 40% to setting a target of generating revenue of Rs 9,647.85 crore from liquor, at least 40 per cent more than last fiscal year.

The first excise policy of the Aam Aadmi Party (AAP) government was given in a nod by the Punjab Cabinet.

In case of PML, a case of 12 bottles carries 4.5 proof liters of liquor.

The aim behind making the beer and IMFL cheaper is essentially to stop the smuggling of liquor from neighboring states and thereby stop the loss to the state exchequer.

The competition among the liquor dealers is expected to lead to lowering of prices of liquor. The excise commissioner has overriding power to check any additional lifting.

Excise duty on the liquor has also been slashed considerably by the government. The excise duty on all kinds of liquor except PML shall be charged at the rate of 1 pc of the wholesale price at wholesale stage.

The excise duty for the retail, wholesale and manufacture shall be at Rs 53 per PL, Rs 107 per PL and Rs 107 per PL respectively.

However, this would be part of the total license fee of the group.

Currently at 1 per cent, the same has been slashed by 250 per cent in IMFL. Excise duty on all kinds of liquor except PML shall be charged at 1 per cent of the wholesale price.

The assessed fee of IFL shall also be charged at 1 per cent of the wholesale price on the same pattern. The prices of liquor shall now be almost on a par with the neighboring states.

By allotting 177 groups through a free, fair and transparent manner of e-tendering, the new excise policy also stipulates to tap the actual potential of liquor trade. At Rs 30 crore, the general size of the group has been made bigger by the policy.

The number of vends has not been increased. It is at 6,378 vends in the state of Punjab. Not more than 10 sub-vends are being allowed.

Only One L-1 License

A bone of contention between the government and the liquor contractors and also another move by the government, that is the decreased number of L-1 licences.

Only one L-1 licence would be given in a district as compared to the previous 80. This will bring down the number to only 25-30.

The government said that the L-1 licence shall not be provided to the manufacturer or a retailer, but only to the wholesaler. Now, the three types of dealers have been isolated and no one can engage in malpractices and only a single L-1 licence will be there.

“We are hoping to make this much revenue jump this fiscal year. If all goes well, this will be done” said a government functionary. During the last two years, the state has witnessed 20 per cent increase in revenue every year.

The AAP has been promising the electorate in the state that it would increase the revenue from liquor in the state.

A revenue of 10,000 crore from liquor can be touched if the government is able to meet the target.

The policy strives to keep a stringent check over smuggling of liquor from the neighboring state through extensive enforcement and by incorporating new technological measures said the government statement after the cabinet meeting was chaired.