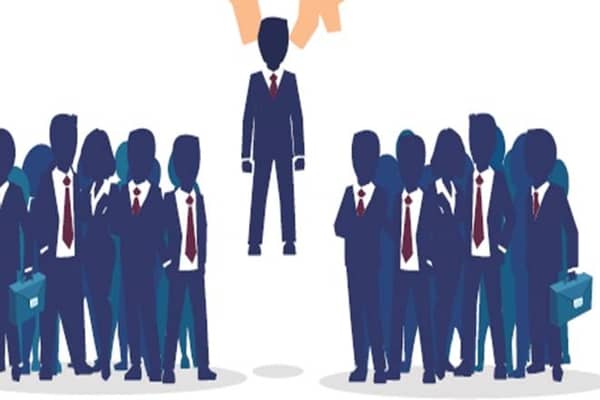 The government has announced that it will recruit 10 lakh people in “mission mode” with youth unemployment rate in cities hovering above 20 per cent.

The youth in the statistic are aged 15-29 years.

The recruitment drive will take place over the next one-and-a-half years.

The December 2023 deadline ends barely 4-5 months before the Narendra Modi government again seeks to be voted into power.

The decision also comes after the opposition’s frequent criticism on the issue of unemployment.

According to the Union Ministry of Statistics and Programme Implementation (MoSPI), the youth unemployment rate stood at 20.8 per cent in urban areas during October-December 2021.

A large number of vacant posts in different government sectors has often been flagged.

There were more than 8.72 lakh vacant posts in central government departments as on March 1

The central government has over 40 lakh posts sanctioned, but less than 32 lakh employees are in place.

The government has been trying to fill up these vacancies over the years without much success.

Big ministries and departments like Posts, Defence (Civil), Railways and Revenue have the most vacancies.

The Defence (Civil) department has approximately 2.5 lakh vacancies against a sanctioned manpower of nearly 6.33 lakh workers.

There are over 90,000 openings in the Posts department out of a total sanctioned strength of 2.67 lakh employees.

There are nearly 74,000 vacancies in the Revenue department, out of a total sanctioned strength of 1.78 lakh personnel.

In the Ministry of Home Affairs, against 10.8 lakh sanctioned posts, nearly 1.3 lakh posts are unoccupied.

As a result of underemployment, several departments’ work has been hampered by a severe scarcity of staff.

Fresh recruitment has been slow despite retirements and an increase in the sanctioned strength of employees in ministries.

As per data provided by the Centre for Monitoring Indian Economy (CMIE), 8 million people joined the workforce in India in April – possibly one of the largest surge since the beginning of the pandemic.

Although Modi has prioritised jobs and has promoted his vision of  “amrit kaal”, or a golden era of growth, his administration has made limited progress towards job creation.

According to a 2020 report by McKinsey Global Institute, India needs to create at least 90 million new non-farm jobs by 2030 if it wants to stay ahead of the youth bulge.

The situation could worsen since a survey by employment agency Michael Page suggests that the Great Resignation is most likely to continue in India in 2022, with a whopping 86 percent of employees expecting to resign in the next six months.

It found that roughly 61 percent of Indian employees are willing to accept a lower wage or forgo a pay raise and/or promotion if it means a better work-life balance, general well-being, and happiness.

The tendency is expected to continue across markets, industries, levels of seniority, and age groups.